Prof Hermann J Opgenoorth was awarded the Baron Marcel Nicolet medal 2018 for his efforts in the international coordination of Space Weather. The medal ceremony was held during the 15th European Space Weather Week in Leuven (Belgium) on 5 November 2018. 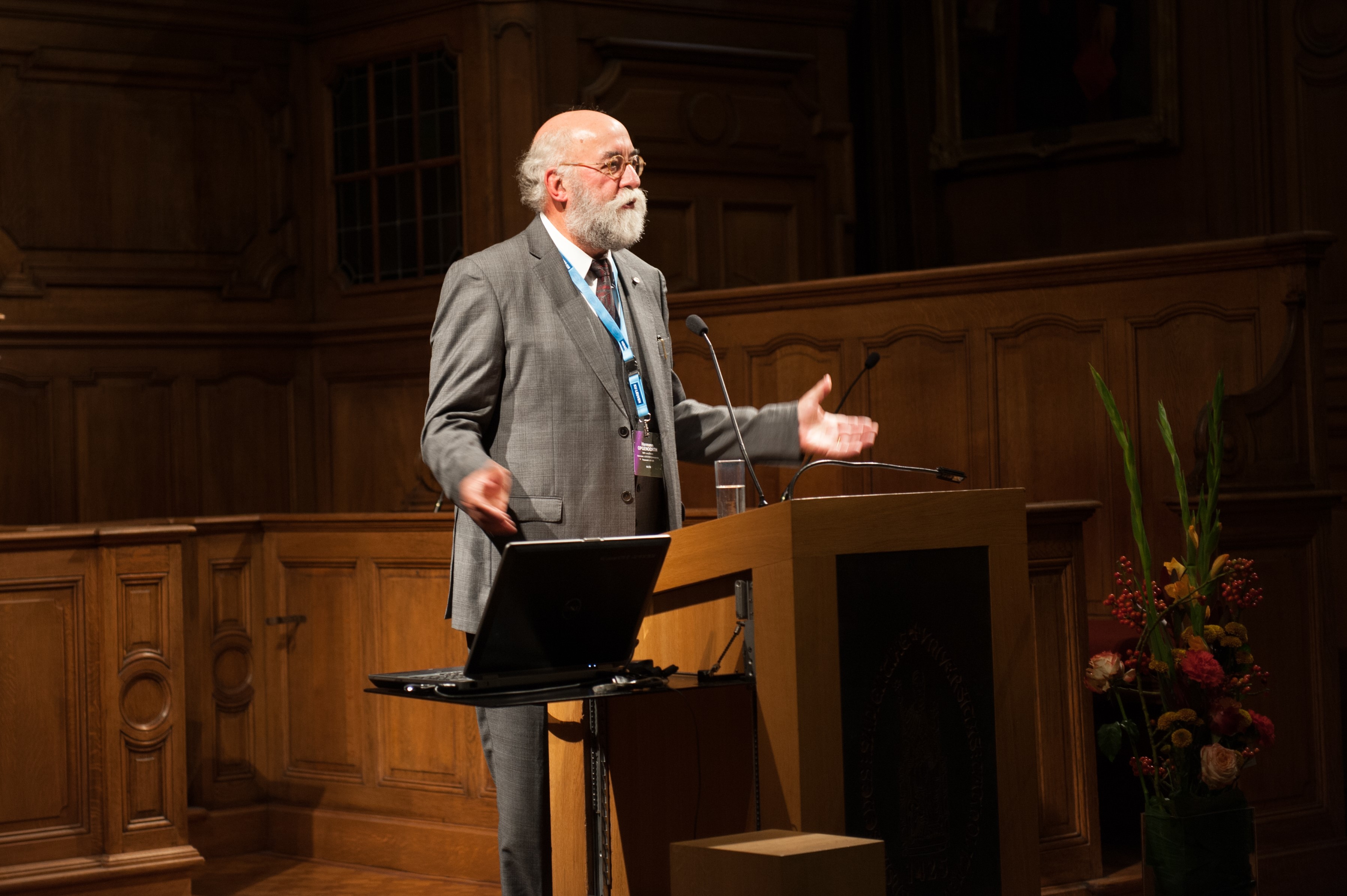 Statement from the medal committee:

“Professor Hermann J Opgenoorth is one of the major founders and leaders of the discipline of Space Weather in Europe through both his leading and important scientific research as well as his many and varied contributions to the organisation of Space Weather activities internationally.

Scientifically, Professor Hermann J Opgenoorth performed precursor research with multi-instrument arrays in the 1980s and 1990s and lead the co-ordination of such arrays in support of ESA’s cornerstone mission, Cluster. His contributions to our understanding of the substorm current wedge in substorms and the three dimensional nature of this fundamental structure in geomagnetic tail dynamics paved the way to a full branch of space weather. During this work he established the first international and fully co-ordinated multi-instrument array in Scandinavia (MIRACLE), which still flourishes, and is absolutely central in many respects to European Space Weather activities to this day.

The number of international programs that Professor Hermann J.Opgenoorth has chaired or supported is so large that it is difficult to list them all without forgetting one: examples include the Cluster Ground Based Working Group, THEMIS, SuperDARN, SuperMAG, GLORIA, etc.  Indeed the Cluster Ground Based Working Group is still being used as a model for how to develop space and ground co-ordinated and collaborative research, e.g. with the planned ESA and China mission, SMILE.  Professor Hermann J Opgenoorth began his scientific administrative roles as the Senior Advisor for the co-ordination of solar and solar terrestrial missions at ESA, followed by the Director of solar and solar terrestrial missions, and finally Director for solar system missions. In this role, he was a founding Chair of the International Leaving With a Star (ILWS) programme and then the ESA representative on the ILWS Steering Committee.

Today, Professor Hermann J Opgenoorth is co-chair of the COSPAR ILWS Space Weather group, an influential member of the Expert Group on Space Weather (United Nations’ Committee on peaceful Use of Outer Space) and has created recently the ESF/ESSC Space Weather Assessment and Consolidation Working Group, of which he is a co-chair.

Professor Hermann J Opgenoorth has maintained a world-leading scientific activity in parallel to his international duties. In particular, he has been successful in getting a European project funded on Extreme Space Weather at a Swedish National Contingency Agency involving the Institute of Solar Physics, Stockholm University, the IRF-Uppsala and the Swedish Defence Research Agency, FOI.  His contributions have been recognised by among other things the award of International Fellowship status of the Royal Astronomical Society as well as Honorary Professor at the University of Leicester.

For all these reasons, the Committee decided to award professor Hermann Opgenoorth with the 2018 Baron Marcel Nicolet Space Weather and Space Climate medal.”