ESF has a long track record as a home base for expert boards, committees and virtual institutes, having set up and/or hosted several since 1974, in diverse scientific domains including space sciences, radio-astronomy frequencies, nuclear physics, marine and polar sciences, and materials science. Today through its Community of Experts, ESF continues to gather the worlds's leading scientists.

In the spring of 1974, the Provisional Space Science Board for Europe, established under the auspices of the UK Royal Society, joined the recently-created European Science Foundation and became its Space Science Standing Committee, and shortly afterwards the European Space Science Committee (ESSC). The ESSC began do some hard thinking about long term challenges, technological possibilities, and the missions that the European Space Agency (ESA) could begin to work upon. Chief among these options for consideration were asteroid and comet rendezvous, planetary missions, and Earth observation satellites. Out of this initial thinking grew the Giotto mission to comet Halley, the mission Mars Express, the Cassini-Huygens NASA-ESA joint mission to Saturn and its moons, the landing on Titan and, indirectly, the 2014 space spectacular: the Rosetta rendezvous with Comet 67P/Churyumov-Gerasimenko.

The ESSC is even more active today, 43 years after its creation and has become Europe’s independent adviser on space sciences to ESA (it sits in its Ministerial Council as science observer), the European Union and national space agencies.

At the end of the last century, broadcasters, the communications industry and the then burgeoning mobile phone industry, had investments in low Earth-orbiting satellites, and were competing for radiofrequencies. On the science side, radio astronomers also needed access to signals from interstellar space and distant galaxies without interference from those orbiting satellites. Radio astronomy’s achievements include the first detection of the cosmic microwave background that provided the first evidence of a Big Bang and the first identification of more than 100 complex molecules including water in interstellar space. The ESF Expert Committee on Radio Astronomy Frequencies (CRAF), created in 1988, published an influential handbook in 1997, which built the case for protecting bands of the radio spectrum for basic science, and for preserving enough of it to ensure the future of ever bigger arrays of radio telescopes to see ever further. As a consequence CRAF, through ESF, was able (within two years, but not without difficulty) to sign an agreement with the Iridium satellite phone network management, in order to protect the frequency band that covers the hydroxyl emission spectrum, which reveals information about the birth and death of stars, the evaporation of comets and other celestial secrets often hidden from optical astronomers by clouds of interstellar dust. 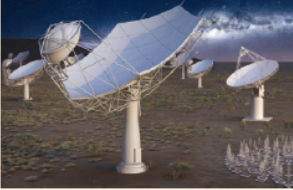 CRAF continues unabated to this day its mission for basic science. It is Sector Member of the Radio-Communication Sector of the International Telecommunications Union (ITU) and it has a formal observer status within the European Conference of Postal and Telecommunications Administrations (CEPT).

In 1989, ESF and the European Commission jointly established ECOPS, the European Committee for Ocean and Polar Sciences. This resulted in the setting up of the European Marine and Polar Science (EMaPS) Board in 1995. In 1998, an independent review of the EMaPS Board led to the establishment of two separate committees, the European Polar Board and the Marine Board, both under the ESF umbrella. Collectively, scientists from these boards launched EPICA, the famed European ice coring programme in Antarctica, bringing ice cores over 3000 metres-long to the surface, thereby allowing new research into the history of climate over the last 800,000 years. There was also a huge initiative aimed at operational forecasting of the ocean and coastal seas, a master plan to explore the largely unexplored Arctic Ocean, and another to investigate the unexpected variety of the floor of the deep sea.

These two Expert Boards have worked with ESF for over 15 years during their inception and consolidation phases, with great success. They are now established independently and we continue to enjoy fruitful exchanges.

In another area, NuPECC, ESF’s Nuclear Physics European Collaboration Committee which had joined the ESF in 1991, studied the contribution that radiation by nuclear particles can make to medical imaging and cancer therapy in 2013. Tumour bombardment by hadrons (that is, protons, neutrons and light ions) is relatively new but it is accurate, efficient, and delivers more damage to the tumour and less to the healthy tissue around it. It has already helped more than 100,000 patients worldwide. NuPECC dubbed hadron therapy to be in a clinical research phase “with great potential”. 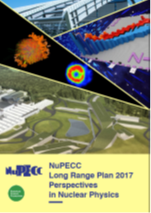 NuPECC's mission is “to provide advice and make recommendations on the development, organisation, and support of European nuclear research and of particular projects.” In support to this mission, NuPECC has in the past produced four long-range plans since 1991. The fifth one will be presented to the community in November 2017.

Lastly, MatSEEC was ESF’s Materials Science and Engineering Expert Committee and in 2011, in partnership with the European Materials Research Society, it addressed the role of Materials for the Key Enabling Technologies that will manage Europe’s energy, handle its data, and perhaps even deliver its medical treatments and fly its aeroplanes. 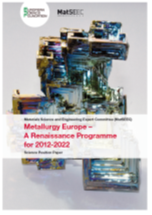 MatSEEC is discontinued at this time but it provided the European stakeholders in materials science and engineering with vital reports and strategic foresight in this domain.

We can work it out

ESF-hosted expert boards and committees develop a strategic approach to their domains and are composed of high-level, independent researchers or research managers who provide targeted expert advice in areas of science, policy, infrastructure, environment and society in Europe. These entities have the expertise and authority to exercise influence with decision makers and agencies.

However, to ensure their visibility and relevance on the international scene they must rely on an effective organisational structure, enabling them to concentrate on their scientific goals and activities independently and effectively. ESF can establish, host, and manage such entities within a not-for-profit framework, and in order to promote institutional trust and visibility in their relevant disciplinary domains, while also relieving them of significant administrative burdens.

Our very long track record and experience gathered in hosting such structures can be offered in turn to other respected, high-level Boards and Committees, or secretariats of Europe-wide entities, wishing to be relieved of ancillary issues of finances and corresponding reporting, human resources, legal support or communication aspects (more HERE).

The same applies to institutes “without walls” or Virtual Institutes, which are coordinating research and management activities carried out at a number of locations, universities or laboratories, but without the wish, the means or the need to establish a new legal entity. ESF can support the inception, development and evolution of such structures, providing them with secretarial, institutional, and communication support at its Strasbourg premises, in the heart of the capital city of the European Parliament, and with the full backing of the City of Strasbourg and the Eurométropole.

Join our Community of Experts

Besides these Expert Boards and Committees, ESF also gathers a broad network of international scientists through its Community of Experts, which plays an important role in the evaluation of research grants or institutional evaluations commissioned by ESF's partners and Clients. If you are interested in joining our College of Review Panel Members, Expert Reviewers or Research Associates, visit our Community of Experts section.

With grateful thanks to Tim Radford, formerly with The Guardian, for a lot of written input on the past of ESF Expert Boards, written on the occasion of the ESF’s 40th anniversary.

Want to join the discussion?
Feel free to contribute!